Im the happiest men since I have owned Audi 5000 this summer.
Its 1982 Audi 5000 2.0 td version full version with electric mirrors,
roof, seats and clima.
Unfortunately has its defects, first of all it takes much oil.
During my way home 300km i had to add 2litres :/
Last owner said its turbos fault. Im not sure if thats true, now when the weather became freezing it turned to run oil away throw cylinder head gasket. Another task is that when I bought its gearbox was from Audi 100 C3, so its not original. I have an original but its damaged. Painting is also little matt and wiped out plus some places of corrosion.

Here below I give you links to some of photos

This are some photos from last owner just after he bought the car in 2008.
http://picasaweb.google.pl/kasjakub/Audi5000Zipi2008#

Then we have photos from last owner made in summer 2008. He made them during floor restauration.
http://picasaweb.google.pl/kasjakub/Aud ... Remont2008#

Then we have some photos from second owner in Poland (im the 4th)
http://picasaweb.google.pl/kasjakub/Audi5000Stary#

And at the end my photos made 2 weeks ago
http://picasaweb.google.pl/kasjakub/Audi50002009#

I hope to make some pressure mesurment on cylinders this week to make sure what is the condition of engine. Ill continue writing my Audi story soon. I caunt on your advice, wisdom and parts sources information.

Sounds you are really happy for your car. Are you using it for daily use or is it a collectors vehicle?

There seems to be some work in it still. Also there is some rust.

Hacki is right. You will find a lot of parts here. Also ebay Germany and VW Classic parts do carry some parts. Unfortunately a lot of trim parts and US specific parts are obsolete.

I have been lucky to find some US spec bumper parts for my 1981 5000S in the US. I think currently there is something on ebay.com, the US pages.

Back in the 80's I owned a 100 CD 5D. Diesel engine without Turbo. Pretty fast compared to the Mercedes 200D and very relibable. However, it had issues in cold weather with starting. But it had a great milage.

Hello again after some long time

I never thought restauration of my Audi will take so long!

Its all because its just my hobby and I could work only on weekends.

However, last week I have finished all the painting

(today I will take some pictures and show you great effect)

Now Im looking for windshield (green with darker stripe at the top)
What is its VAG number and where would you advise me to buy?

I will also need all door seals
Unfortunately they are cracked and rotten in many places.

Thanks for your vise!
Nach oben

I havn't been here for long time.

I promised you photos of my finished Audi 5000
so I invite you to visit my facebook site
where you can find almost whole story and actual pictures:
https://www.facebook.com/5000C2

Im thinking about registering my Audi 5000 as an antique car (in Poland we have some priviliges than and yellow license plates).

I need to collect some essential information (production date, factory equipment, date of first sale, nameplate etc.).
I tried to gather those by decoding VIN in polish Audi ASO, but they don't have it in their database... and redirected me to USA.

Is here maybe anyone who can help? 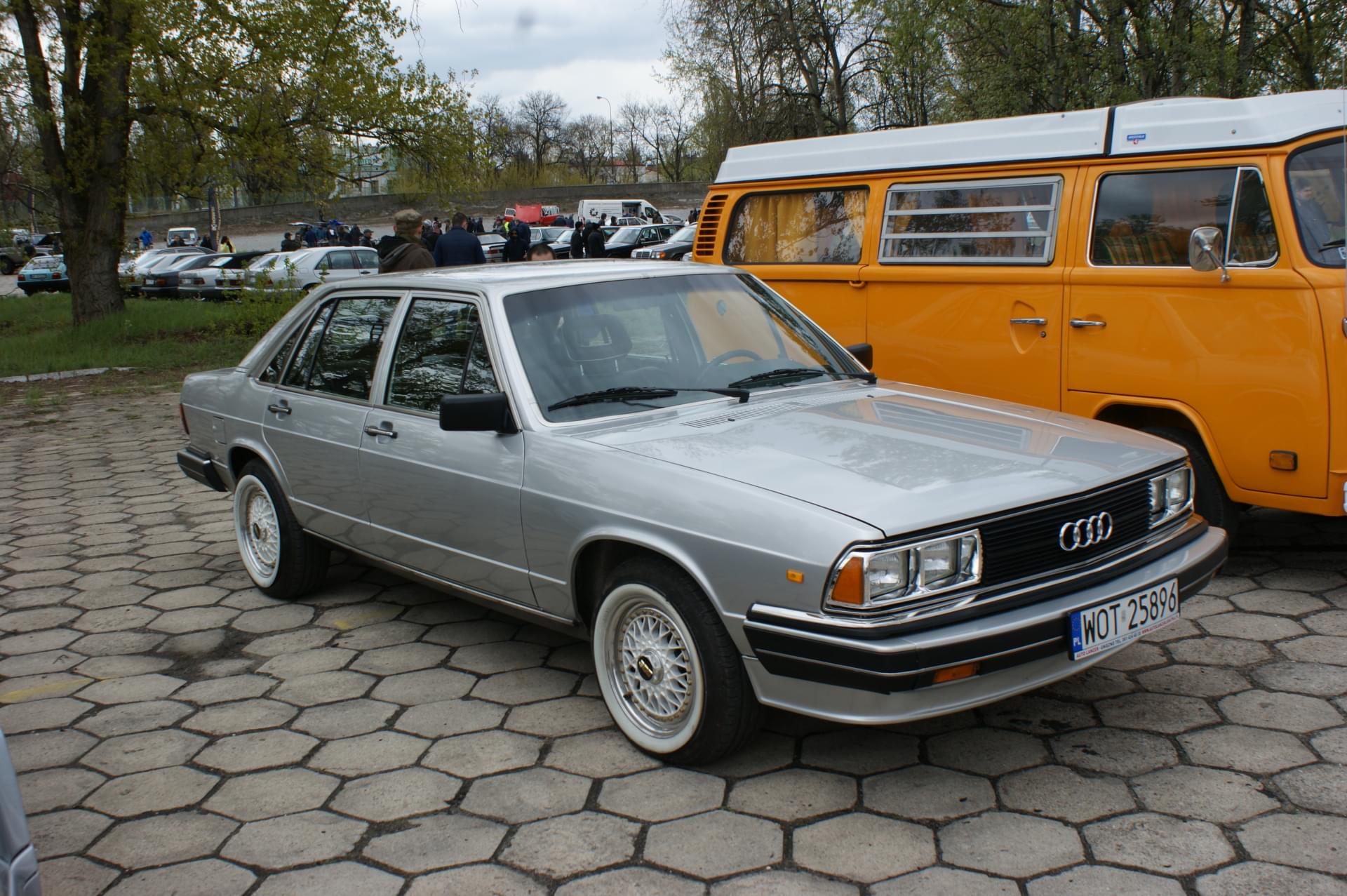 Best Regards for all!
Jakub
My beauty:
https://www.facebook.com/5000C2
Nach oben

Unfortunately Audi Tradition answered me they cant reproduce my nameplate and redirected me to... polish dealer.
It makes no sense, becasue my 5000 was first sold on US market and only US dealers can have such data.

Regarding other documents, they will provide only data they have in their database. What they have? What they dont? Its unknown.
So for 100EUR you buy a pig in a poke...

It is more than disappointing.

Does anyone have a contact to kind Audi dealer that can help with the case?
My beauty:
https://www.facebook.com/5000C2
Nach oben

I am a little bit puzzled by this. Audi should have documents of all their cars that were officially sold to the public anywhere. Not long ago my youngest son has sent the VIN (=Vehicle Identification Number, in some countries called FIN or chassis No.) of my 1975 Audi 100 LS f.i. US version to Audi Tradition. We have bought that car in 1997 in Wyoming and took it back to Germany with us. Audi Tradition was able to identify the car and give info about original equipment and colors correctly, no problem.

Have you tried it this way? I think just with the name plate or license plate they cannot help. The production date should be in the micro fiche parts sheets bottom rows to find.

Another idea: If you buy or sell a car in the US it is the habit that you order a "carfax". This company is on the internet now and can give a lot of data, too. Look at their web site!
Nach oben

I requested the documentation for my US-Quattro from Audi Tradition and it was no issue at all.
It‘s a Kind of „certificate of birth“ including all relevant data about color, options and so forth.
Ist was part of the set of documents I presented to the German TÜV for the official registration.
If you want I can send you a picture of my docs to „manage your concerns“ so you see what you‘ll get...