Where have these pictures been taken ? Russia ? Romania ?

My bad, I should have emphasized it in the topic title - done now. All of the pictures have been taken in Serbia, some by me, some by my friends who are also oldtimer fans.
Nach oben

What a dream! For germans,it´s wonderful to see such nice cars even at the scrapyard, because it´s long, long ago, that these cars were on german junkyards.
I´m planning to travel to Greece via Autoput in May. I think, i should take one or two days to leave the Autoput for seeing nice old cars in Serbia...
If you have the possibility, please take as much pictures as you can and post them here. It´s very nice to see, what´s the present only some kilometres south from Germany. As i already told, the times, when you could see such cars in Germany even on scrapyards is long, long ago.
In some parts caused by the german government.... But this is another topic...
At the end thank you very much for these pictures and from my side welcome you here.
All the best
Friso
Nach oben

As Friso said before, we don´t have many possibilities to see those cars somewhere, not even on a scrapyard.

We all have our own problems with the goverment -here every car with an engine larger than 2000 ccm is considered a luxury, and taxes are very high. The paradox of this situation is that owning a 30 years old Typ 43 2.2 is considered a bigger luxury than owning a brand new A6 2.0 TDI.
Plus, the law knows no historical cars, all are treated the same. This, combined with high gasoline prices in relation to average salary of mere 350 euro, led to numerous interventions on old cars with big engines, ie. replacing the original with an OM615 (Mercedes' 200 D).

My first car was an ex-goverment Mercedes-Benz W116 280SE. Sometime in early 1990s, it received a 200D attached to a 3-speed automatic gearbox from a V8 Mercedes. Acceleration and top speed of such a Frankenstain you can only imagine.

However, since last year the situation is somewhat better, as a discount was introduced for cars over 20 years old.

Back to topic, this time with Audis that are rescued from imminent doom and now facing a bright future:

A 100S Coupe, found by an oldtimer-enthusiast last winter and awaiting restoration:

This one was literally intercepted on it's final drive to the scrapyard:

Purchased by a friend of mine who is a huge DKW fan:

He waited 8 years for the owner to agree to sell him this one:

You guys should come to an oldtimer meet in Serbia, last spring a guy from Germany came with an 190? Buick, had a great time and promised to come again. Of couse, meets here are uncomparable to ones in Germany, but the homemade food is the best, the beer is cheap, and if girls were any hotter, they would burn right through the floor

But I think the owner of some cars have a little work.

There are cases when cars are bought by enthusiasts for sole reason of keeping them safe from the shredder, although everyone is clear that they can hardly be restored. Passion is a funny thing

Next set of pictures -

View from the top (size matters, no mather what they say):

And before I sold it:

The inscription is cyrilic - "KRAZ" I'm often in your region, Serbija, Bosnia, Montenegro and Croatia.

I've also some pictures, who can publish my pictures?*

Glad you like it here!
If you still haven't, try sarma, it's the best meal in the world, guaranteed

I found this one today and I hope I'll be able to salvage some parts - headlights and grille, rearview mirrors, right taillight and felgen: 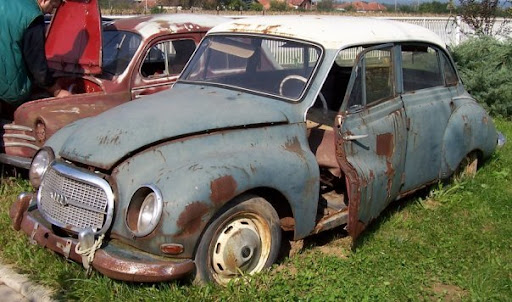 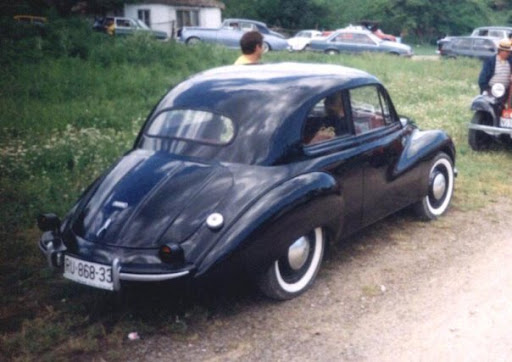 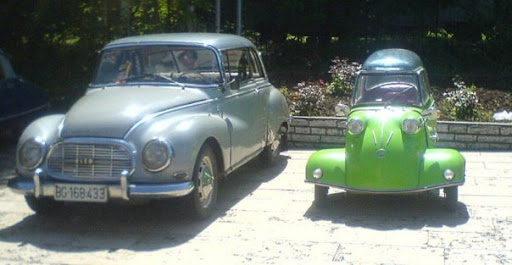 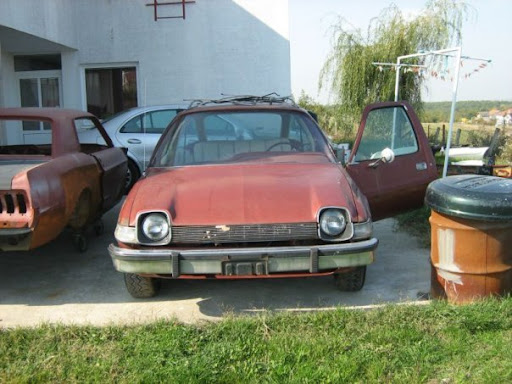 1960 Cadillac, came to Serbia from Kuwait during the 1960's and has been sitting in a shed ever since, with Kuwait licence plates: 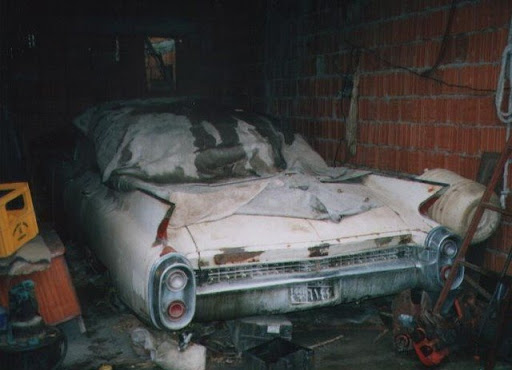 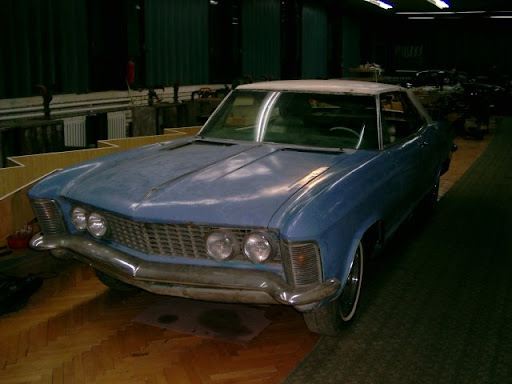